Your component-based solution for the leading application models

A component based PostScript and PDF Interpreter

PSServices/COM and PSServices/Java are component-based solutions for the leading application models from Microsoft and Sun, respectively. PSServices/COM has been integrated into a solution for the large-format and desktop printer markets. Over 300 copies of PSServices/Java are being deployed in a high-speed RIP array by a publisher of directories. Other uses for PSServices include web publishing and integration into a digital asset management system.

PSServices/COM can be used with Microsoft XP, Vista and Server 2003. Like any COM object, PSServices can be used in any application that can create and interact with COM objects including C++, Delphi, Visual Basic, VBScript, JScript, ASP and .NET. 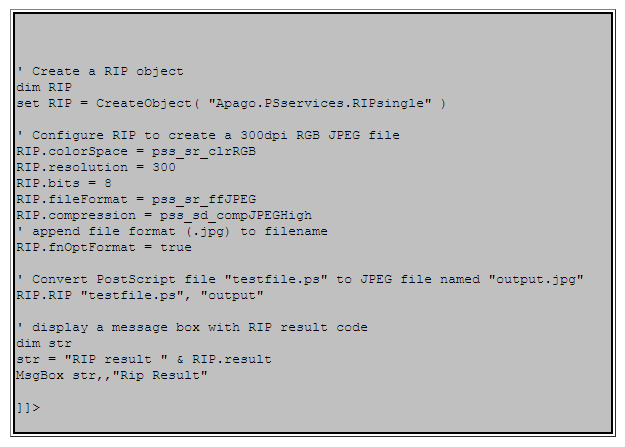 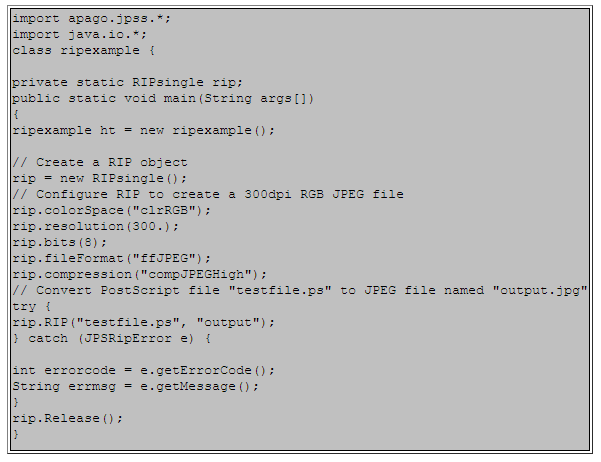 The class library for PSServices/Java is fully documented using javadoc.